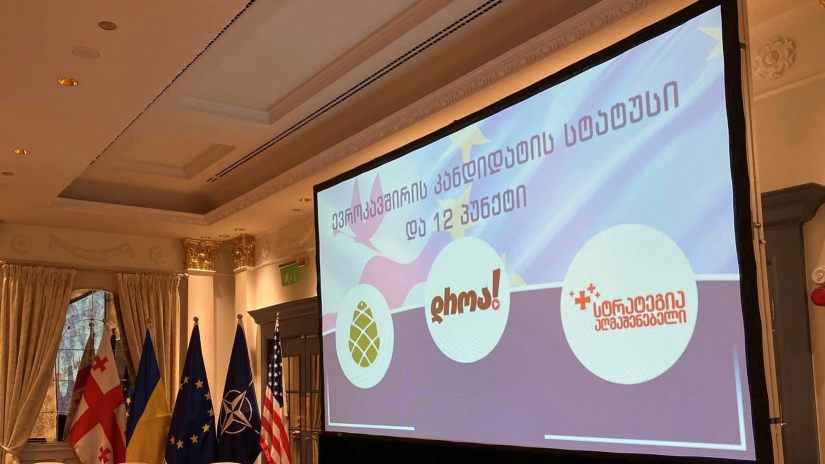 The three parties jointly respond to statements made in the U.S. Senate on the issue of Georgia . The statements from Droa, Girchi-More Freedom, and Strategy Aghmashenebeli, state that the Dream's deliberate sabotage of the country's pro-Western course jeopardizes financial assistance from Western partners, which also affects the daily lives of citizens.

As a result of the deliberate sabotage of the country's pro-Western course by Georgian Dream, Georgia may lose tens of billions of aid allocated by Western partners, which will affect the daily life of each of our citizens

The critical statement of the Committee on Foreign Affairs of the United States Senate once again clearly showed us that as a result of the steps taken by the Georgian Government, we are losing the United States of America as a partner, on which our country's development, economic well-being, freedom, and independence depend.

In addition to the general context, let's focus on the part of the statement that in the future, monetary assistance may be linked to the fulfillment of obligations by Georgia. This means that Georgia will receive financial resources of billions of dollars only in case it fulfills certain conditions. In the 2023 budget alone, implementation of various projects is planned with financial assistance of up to 2 billion GEL and grants of up to 45 million GEL, including the development of innovations and technologies, development of the power transmission network, construction of a high-speed highway, development of regional and municipal infrastructure, improvement of water supply in the regions, development of school infrastructure, management of post-pandemic situation, promotion of the development of the agro sector, Tbilisi metro project and others.

We should understand that Georgia was able to recover from the ruined country of the 90s as a result of the aid provided by the United States. They donated more than 6 billion dollars to Georgia, gave thousands of students the opportunity to receive Western education for free, allocated hundreds of millions of monetary resources for the development of the education system in Georgia, made a great contribution to the professional development of policemen and soldiers. And the assistance provided by the European Union and its member countries to Georgia is no less," reads the statement.