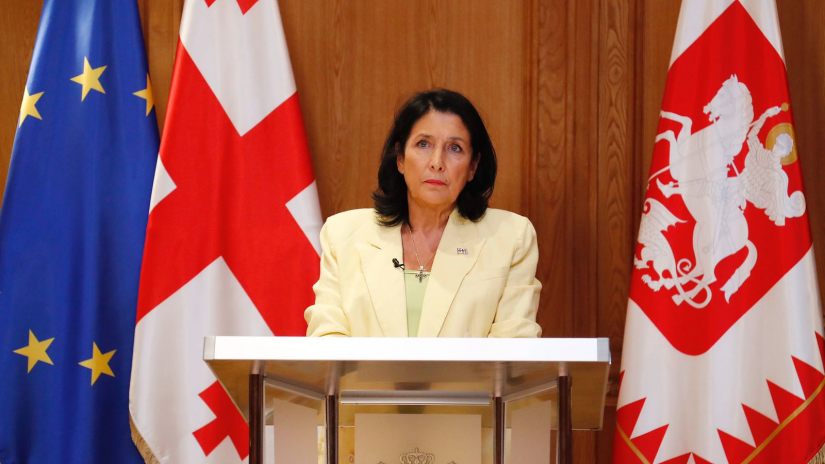 The fifth president of Georgia, Salome Zurabishvili, spoke about the condition of Mikheil Saakashvili and said that the health of the third president is a very important issue for the country's reputation and dignity.

According to him, if there will be an appropriate expert report regarding Mikheil Saakashvili's health condition, the court should make a decent decision.

"As for the health of the former President, I have repeatedly said that this is a very important issue that I pay close attention to every day, because I believe that it is a very important issue for the country's reputation and our dignity. Thus, from my Administration, they regularly meet with the consilium, sometimes with Empathy, sometimes with another consilium. Even today, such a meeting is scheduled. I believe that the most correct way is, and I have said this more than once, both abroad and at closed meetings, if the health is damaged at that level (and I do not know this, I do not have this information to this day, and I am not an expert, I cannot make such a conclusion, the conclusion should be made by others who are in charge), that there will be such a report, it should be presented to the court and the court should make a worthy decision. This will solve the problem in two directions, first, the health problem, if his health is damaged at this level, and I hope it is not. The second issue will also be resolved, thus the court will show that it is independent, which will be no less important for the country. I would like the court to prove this, if there is a report that requires it. This is probably the obligation of the lawyers to file it in the court," - Salome Zurabishvili