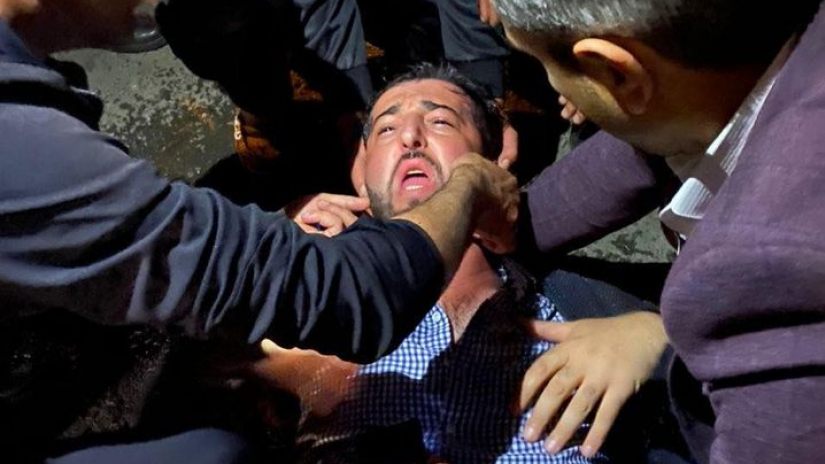 In Marneuli, the film crew of the Mtavari channel has been attacked.  Two channel operators and two journalists were physically assaulted.

Our journalist reports from the spot that the confrontation happened out of nowhere after the journalist came to record the Georgian Dream participants.

The journalist has a broken head, is in a serious condition and is waiting for the arrival of the ambulance. According to the ambulance, there are only 2 teams on the ground and none of them is currently available to take the injured journalist to hospital.

The camera and microphone of the main channel were damaged.

In Marneuli, there was a confrontation between members of the Georgian Dream and the United National Movement. Dream supporters attacked Lasha Kveladze, a member of the UNM district commission, and people sitting in his car.

Lasha Kveladze was taken to hospital. His car was wrecked.

The police were also present at the scene.

The situation in Marneuli was tense a few hours ago. The opposition blamed the government for having staffed the commission with its members.

Irakli Kobakhidze reacted to the incident and traditionally blamed the opposition for everything. According to him, a UNM member tore off a shirt on the commission representative.

The Central Election Commission also made a statement in that regard, noting that a district commissioner was beaten on the spot and outsiders tried to stop the commission. The CEC denied the accusations and stated that it condemned the violence and attempts to put pressure on the district election commission.