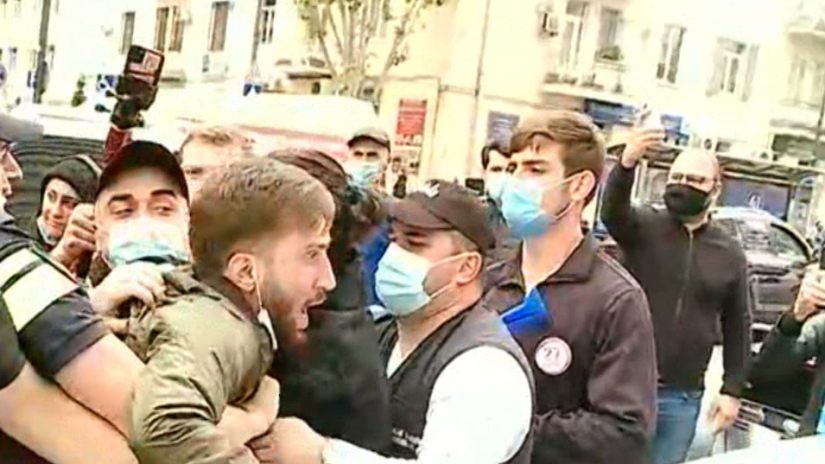 There is noise in front of the Tbilisi City Hall at the moment - the protesters are demanding amnesty for fines.

According to the "Mtavari channel", protesters and police clashed with each other and several people have already been arrested and some have been released.

Among those released are 3 representatives of "Strategy Builder". The leader of the party, Giorgi Vashadze is also present on the spot.

Activists were collecting signatures in different parts of Tbilisi in order to cancel the fines issued by the Tbilisi City Hall, the total amount of which is more than 100,000 GEL. The confrontation with the police was followed by setting up tents and holding a rally.

Paata Manjgaladze, the parliamentary candidate of "Strength is in Unity" has also been arrested.