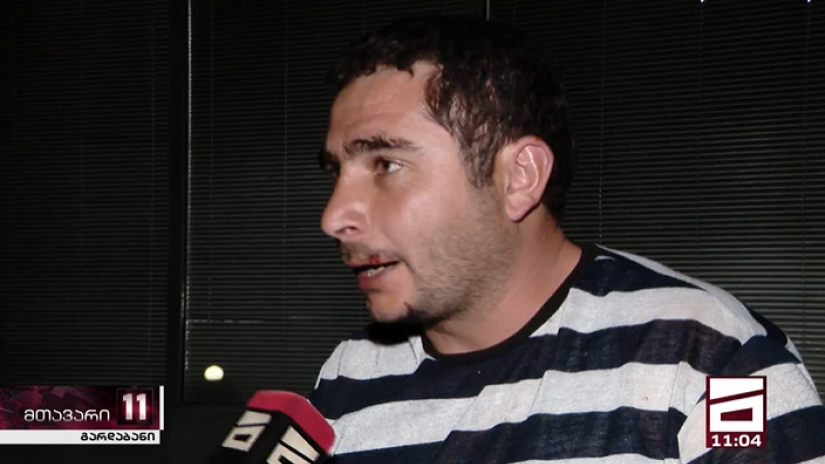 After leaving the police station, a member of  the European Georgia, who was attacked last night, claims to be a supporter of the Georgian Dream and Bidzina Ivanishvili, and that the ruling team had nothing to do with his beating.

Before being questioned by the police, Oktay Skandirov claimed the opposite, saying that a member of the Georgian Dream had attacked him while he was putting up posters.

After several hours of interrogation, it turned out that he had told the law enforcement authorities another version of what had happened and denied the attack.

Late last night the head of the "European Georgia" headquarters also arrived at the police station, claiming that the State Security Service had made the activist change his  testimony under pressure.

Information about the attack on Skandirov was spread last night. He had various injuries on his body. The incident occurred in the village of Karajalar in  Gardabani.