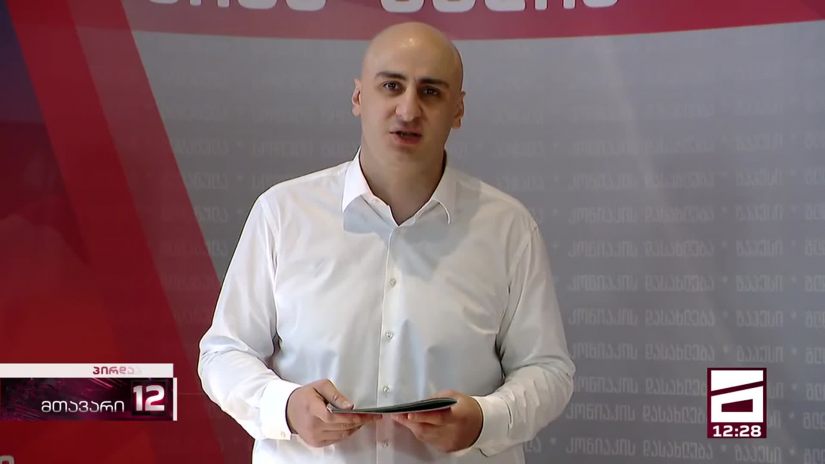 Young reformers' team has joined the United National Movement. Nika Melia, a member of the Political Council of the United National Movement, gave a special briefing on this topic. He says he is particularly pleased that the plan to be presented to the public today regarding the actions of the united opposition  after winning the elections, has been developed by professionals.

I know very well what new blood, a new vision means for the party. Irakli Kipiani, the leader of the reformers' team, will not only be a new face, he and his friends will present new perspectives and a new vision of how to save the country from poverty," said Nika Melia.

Irakli Kipiani said the Reformer Team, as a separate organization, will join the united opposition. He said the opposition's election program will be based on their "country's enrichment" plan - "it will be a plan to reduce poverty.