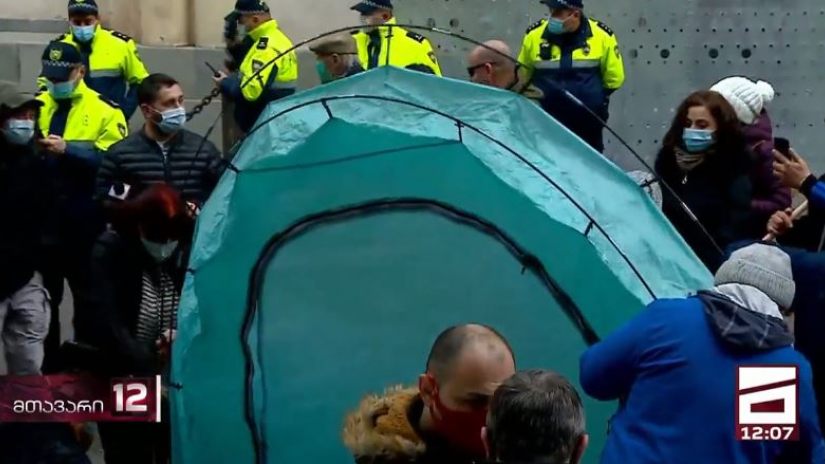 Due to election fraud, civil activists, opposition and NGO representatives are preparing for continuous protests in front of the parliament building. Citizens are setting up tents near the legislative building.

Protesters are demanding the resumption of public transportation and are announcing 24-hour regular rallies.

One of the rally demands is the release of political prisoners arrested in the Gareji case. Let us remind you that today it will be known whether the cartographers will remain in custody.

Recall that by the decision of the Coordinating Council from November 28 to January 31 new restrictions came into force in the country.

According to the restrictions, long-distance traffic will be stopped, all restaurants and food outlets will be closed, new restrictions will apply to markets, educational institutions and outdoor movement.

According to the new government plan, the restrictions will be gradually loosened and removed.