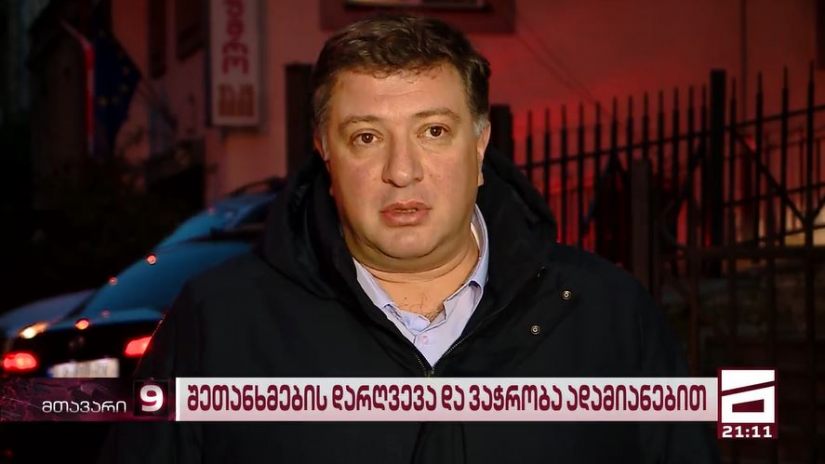 The opposition is already waiting for the arrests after the resumption of Nika Gvaramia's case. Opponents of the government say Ivanishvili has turned to using the court again for his own interests and is now trading in political hostages. Opposition leaders say the oligarch is not going to give up.

Opposition leaders are urging the diplomatic corps to be vigilant and to see the realities of the country. According to the opposition, Ivanishvili violated the March 8 agreement, which was mediated by the US and EU ambassadors.

We would like to remind you that the Tbilisi City Court will resume the hearing of the politically motivated case of the General Director of the Mtavari Channel from December 7. Nika Gvaramia was informed about it  today.

The Prosecutor General's Office is still accusing the General Director of the Main Channel of illegal misappropriation of property rights while he was the director of Rustavi 2.

The case was suspended for 8 months, right after the March 8 agreement, but as soon as the election was over, Ivanishvili decided to resume it.

Therefore, the leader of "Lelo" Mamuka Khazaradze does not rule out that the so-called The money laundering case will also be brought forward, in addition, it is known that the court is returning to the case of Gigi Uguglava, which was also suspended.