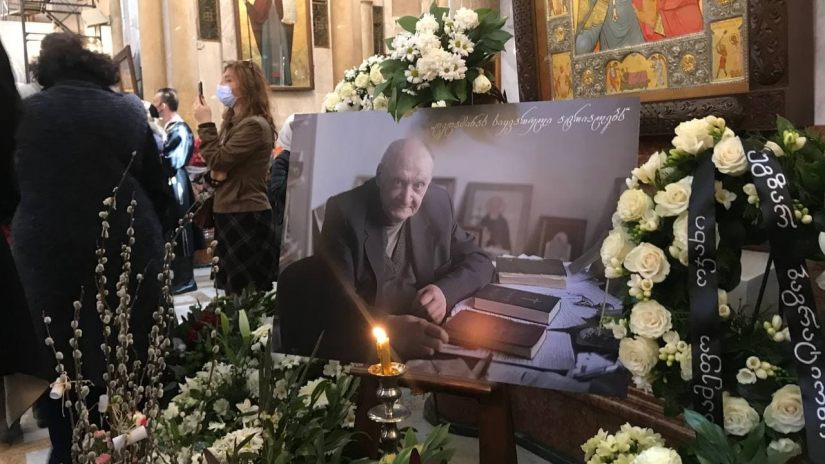 Writer Guram Dochanashvili was buried in Saburtalo cemetery. The family has taken this decision at the writer’s will.

He was buried next to his son, Irakli Dochanashvili, who died in 1990 at the age of 22. Earlier, his civil funeral was held at the Holy Trinity Cathedral.

The writer received the Saba Award for "Outstanding Contribution to the Development of Literature" and was an honorary citizen of Tbilisi.