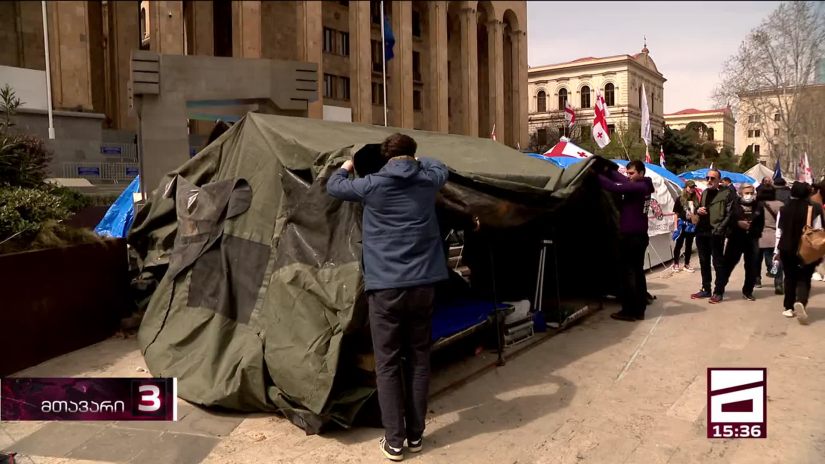 Civil activists are going to take part of the tents set up on Rustaveli Avenue due to April 9. According to the members of the “Movement for Georgia”, the reason for this decision is the 32nd anniversary of the April 9 events.

In order not to disturb the tents set up by the citizens there and to be able to give a worthy respect to the heroes, they will take 6 tents set up on Rustaveli. However, the fight for early elections and the release of political prisoners will continue.

Members of the "Movement for Georgia" do not rule out provocations and say that nevertheless, the tents will be returned later and the protest will continue. Activists say they will not follow the provocation and call on law enforcement to respond appropriately.