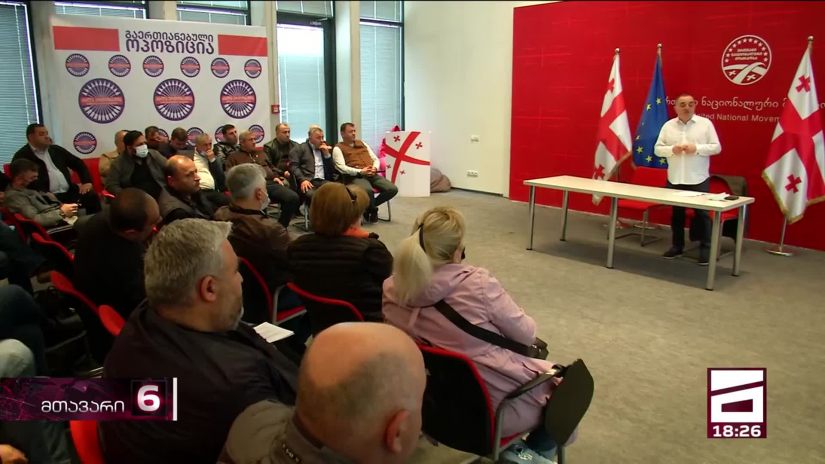 The opposition continues to prepare for the May 15 rally. Another meeting with the regional representatives was held today in the office of the United National Movement. According to the representatives of the opposition party and their supporters, Early elections have no alternative and are the only way to ease the political crisis.

According to the members of the "National Movement", at the meeting they discussed organizational issues regarding the rally scheduled for may 15th.

As they say, work in this direction has already started in different regions and on May 15 people from all over Georgia will join the rally.