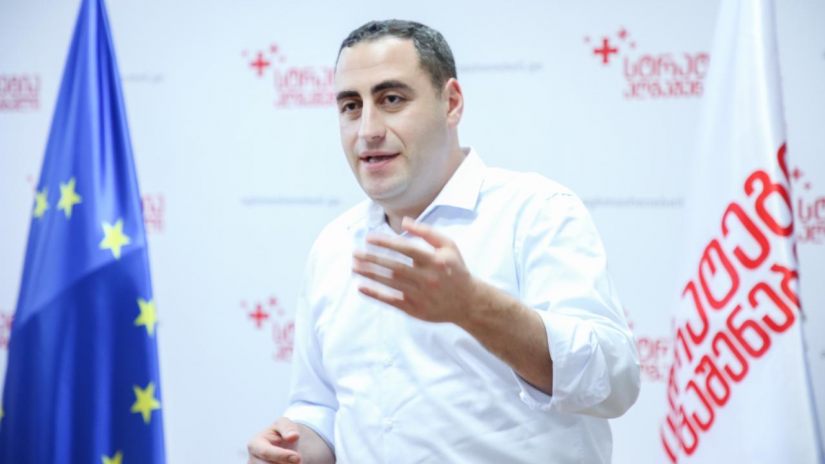 I can tell you that a document with new content on all 5 issues will be issued next week. - Giorgi Vashadze, the leader of "Strategy Aghmashenebeli" makes a statement about this and says that "an agreement will definitely be reached"!

According to Vashadze, he has been communicating with the facilitators and already next week he is expecting three options of developments - the date of the third round, the new content of the document or the appointment of direct negotiations next week.

"Next week it may be a certain date when the third round will be, it may be the new content of the document that will be posted, it may be directly negotiated already scheduled for next week, I look forward to all three options, my contacts with our partners with whom I shared my vision in recent days allow me to say that  " - says Vashadze.

According to him, the third round will definitely end with an agreement:

“I'm 90% sure this will happen. If the third round is scheduled, it will end in agreement. I can already tell you my mood in this regard, because I talked to a lot of people and the issue of Georgia has already been raised very high." – says Vashadze

According to Vashadze, the document, which may be presented by the mediators next week, will address all five issues identified by Charles Michel:

“I can tell you that a document will concern all 5 issues. I will tell you the principles and not the content. The principles are: Release of political prisoners and record on the early elections, the road towards snap elections which doesn’t mean that snap elections are guaranteed, but means that people will decide whether there should be snap elections or not. The most appropriate version for me is a plebiscite. " - Giorgi Vashadze stated on "Palitranews".