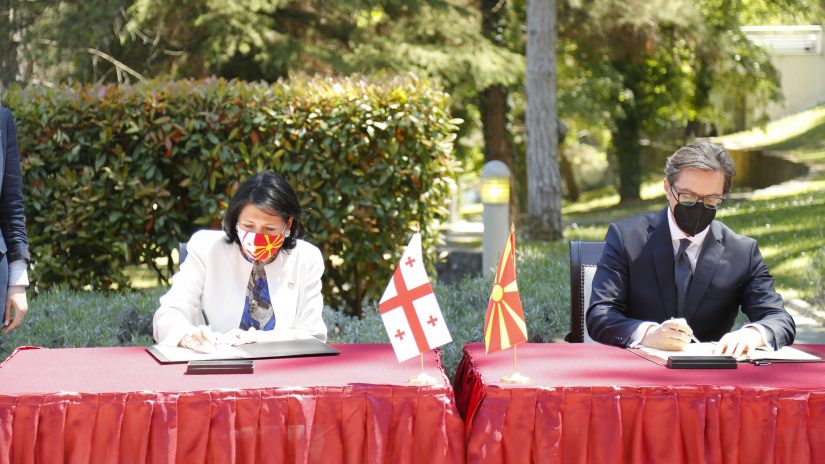 According to the Presidential Administration, two documents were signed during the President's official visit to Northern Macedonia

The memorandum of understanding between the Ministry of Culture, Sports and Youth Affairs of Georgia and the Ministry of Culture of the Republic of Northern Macedonia is aimed at deepening relations between the agencies of the two countries, as well as the development of cultural relations. that includes strengthening cooperation between relevant institutions and organizations, including promoting research, sharing information, facilitating participation in seminars, conferences or other cultural events.
The memorandum also encourages the establishment of direct contacts in various fields of culture, in particular: literature and publishing, librarianship, visual arts, music, cinema, theater and the protection of cultural heritage, the administration said in a statement.