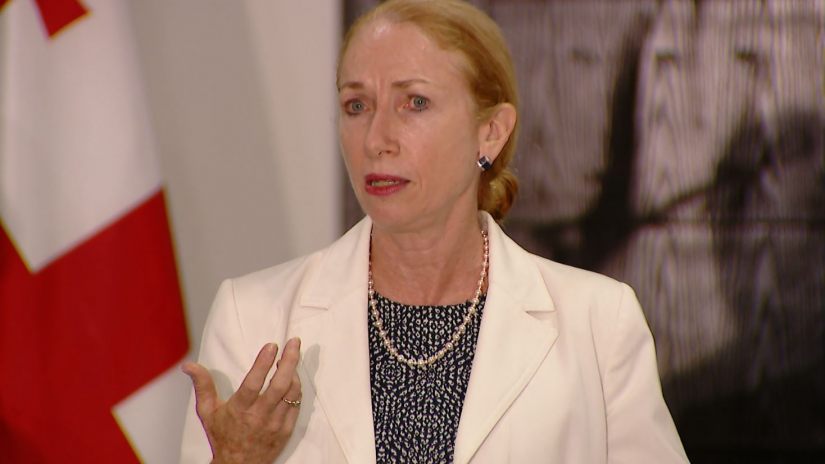 "We are glad that the UNM has entered parliament. Of course, this is an important sign that the parties are working together in parliament, as we've been urging them to do for the last seven months. All parties made this decision based on their constituents and supporters. Of course, we were disappointed that the United National Movement decided not to sign the agreement. I hope that the leaders of the National Movement will decide to sign the document and make sure that the provisions of the agreement are reflected in the legislation and then implemented. This is all very important, this is not just an agreement signed on April 19, it needs to be legislated and then implemented to bring about real change, including better elections and a better judicial system. I sincerely hope that the UNM will sign the document, enter parliament and work constructively with the ruling party and the opposition," Kelly Degnan said.

For reference, the National Movement decided on May 30 to enter parliament, although the party leader said he would not sign the document proposed under European mediation.