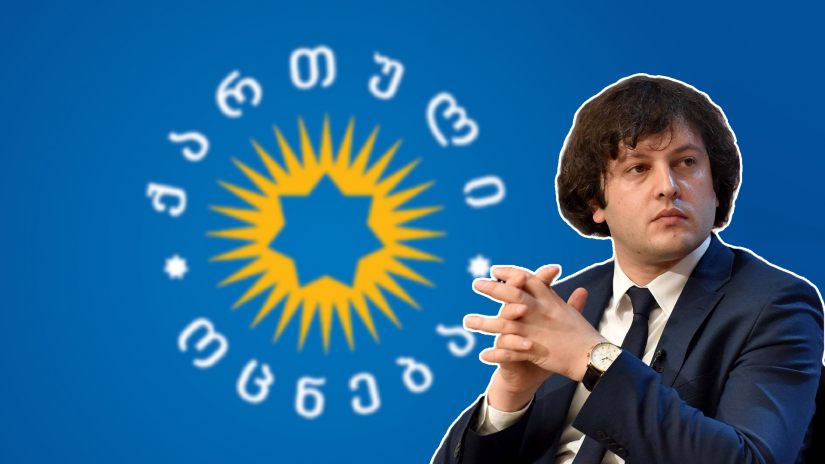 The chairman of the "Georgian Dream" talks about the joint plans of Giorgi Gakharia and Mikheil Saakashvili and expresses suspicion that a coup was planned in the country.

Irakli Kobakhidze claims that the ruling team received information from "Kiev and the UNM Tbilisi Office" during the days of Nika Melia's arrest in February, and hid this information from Gakharia, who was the Prime Minister at the time:

The plan was as follows: After the authorities could not arrest Melia, the UNM would start talking about the fact that the government had a  sense of illegitimacy. Then the situation was different, the opposition was not in the parliament, the situation was complicated and the failed arrest of Melia would be blamed on our weak legitimacy, this was their message box. Referring to this, Saakashvili, if I am not mistaken, made a statement on February 17 regarding the alternative government. It was a drop he brought into the political discussion," Kobakhidze said.

According to the chairman of the "Dream", "they" had people in the Ministry of Internal Affairs and the Ministry of Defense who would make a statement that they would transfer  to the "alternative government":

On February 18, they would announce a so-called alternative government - with its so-called law ministers, this is the information we had from Kiev. And they had a script prepared, they had people, in the Ministry of Internal Affairs, in the Ministry of Defense, who were making a statement about the transition to an alternative government and subordination to the law enforcement agencies ... I do not know if Gakharia knew this, but you make the conclusions. We received this information from our colleagues in Kiev and did not reveal it to Gakharia due to suspicion. Imagine the coincidence.

As soon as we noticed a coincidence, suspicion arose and we did not divulge this information. From there, it was voiced that the overthrow would need 2-3 days and here, our leader asked for an unknown reason to delay the operation for 2-3 days” says Kobakhidze

. According to him, part of the plan was for Mikhail Saakashvili to enter from  Sarpi and meet with activists.

"He is met by the activists and he enters. Naturally, this would put the ruling party in a difficult position, especially against the background of Saakashvili’s entry and the resignation of the  Prime Minister," Kobakhidze said on a Rustavi 2.