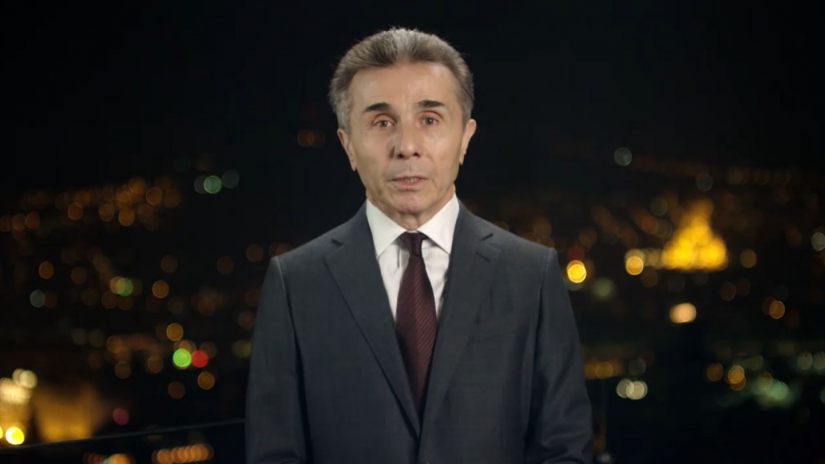 Bidzina Ivanishvili, the founder of the “Georgian Dream”, has released a statement. This is his first political response since announcing his departure from politics. We offer the statement unchanged:

"As the public knows, I have not made any direct or indirect statements about the current political process in Georgia since leaving politics. Even when the state and government faced a serious political challenge in February this year, I did not express my position to avoid anyone speculating about my political interests.
Against the background of leaving politics, naturally, I have not cut ties with members of the public. I receive information about important for the society events from family members, friends, relatives, acquaintances. I learned from them about gossip or deliberately spread rumors that, as if, Giorgi Gakharia's party was my so-called political project. As I see an attempt to continue to link my name to Georgian politics by spreading false information despite leaving politics, I feel obliged to give a small explanation to the public on this topic.

It is well known to the public that the creation of satellite pseudo-parties has been a vicious practice in Georgia for many years. However, such a thing has never been my signature and since 2011 until my final departure from politics, I have never insulted the Georgian society by creating any pseudo-party. It is even more unlikely to insult myself and society with such a thing after leaving politics.

Apart from the fact that the creation of a pseudo-party is a wrong event in itself, political cooperation with Giorgi Gakharia would be completely unacceptable to me. During all these years, we have witnessed many political mistakes in Georgian politics and I thought that in this respect, nothing and no one would surprise me. However, what Giorgi Gakharia did in February of this year, even against this background, is surprising.

One of the leaders of the ruling party and the most powerful state official resigned at a completely incomprehensible time, for a completely unknown reason - he resigned because he did not want to uphold the rule of law, which the whole political team called for. He demanded a two-day postponement of law enforcement, about which we have not heard any convincing explanation so far. Gakharia's position was all the more incomprehensible against the background that a few days earlier he had insisted on lifting immunity for Melia from his own team. Such an action of a high official, in terms of incomprehensibility, can hardly be found analogous even in the history of world politics. Giorgi Gakharia's action in February was a betrayal of his own team. And more importantly, it was a direct betrayal of his own state. The rule of law is the cornerstone of any state. First, it is the attitude towards the rule of law that should assess and measure the activities of any politician and government official. When a high-ranking official goes against the rule of law and leaves office under this pretext, it is hard to imagine a bigger political crime. I would like to note with sadness that all of this has caused me severe frustration.

The logical continuation of all this was the establishment of a political party by Giorgi Gakharia. His party has no ideological or conceptual basis, and it is clearly intended as a situational tool against the ruling team to seize a small number of electoral votes.

One of my favorite sayings is - some plagues are beneficial. There was an expectation that Gakharia's resignation would lead to a severe political crisis. However, as we can see, the strong, progressive and experienced team of the ruling party was able to easily overcome the difficulties and strengthen the state institutions. Although two leading government officials have changed since I left politics, the state continues to function stably.

It is important that the ruling party is not dependent on individuals and it is strong as a united team that loves the country, has values and firmly defends the interests of the state. In this sense, the complete antipode of the Georgian Dream is the National Movement, which, from beginning to end, depends on its sole leader with a severe criminal past. It is enough for this leader to step away from the public space and his party will collapse instantly. One of the main results that the "Georgian Dream" has achieved with me and my exit from politics is the end of the vicious tradition of personality cult and messianism in Georgia.

I am deeply convinced that the party founded by me will continue to successfully ensure the strength of the state, the protection of democratic institutions, the rule of law, which is a necessary condition for the development of the state", - reads the statement.