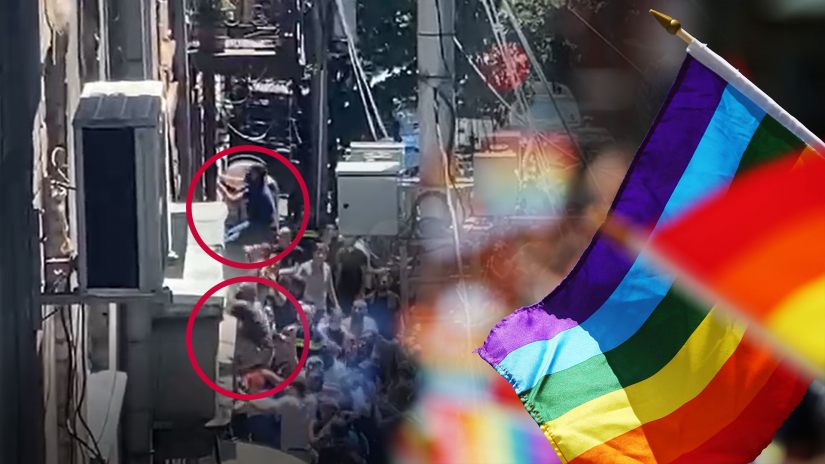 Representatives of violent and homophobic groups were trying to break into the office of "Tbilisi Pride".

Footage taken by the "Mtavari" shows them trying to break into the office building by climbing on the balcony. Violators gathered on the spot broke various items, threw eggs and tore LGBTQ+ flags.

There were only a few police officers on the scene who were unable to stop the perpetrators.