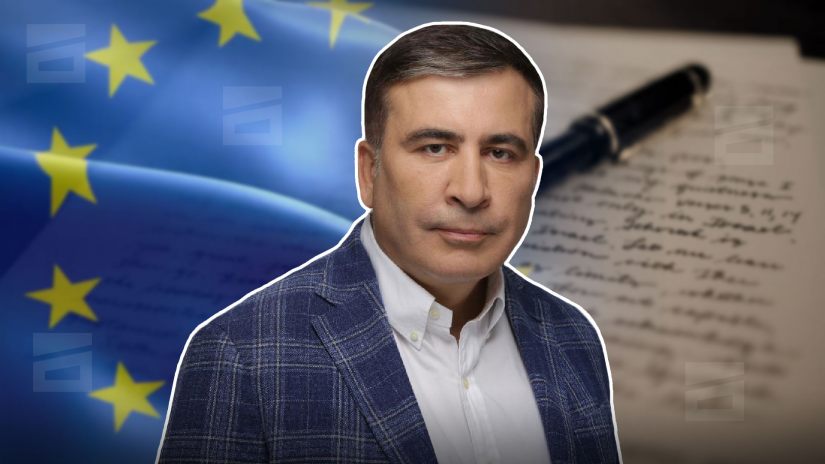 Influential MEPs, former presidents, prominent political and public figures have released a joint open letter in support of Mikheil Saakashvili, which has 70 signatories, including from Georgia.

We offer you the letter unchanged

Your Excellencies,
Following the Rose Revolution in 2003, a new Georgian government championed reforms that
sought to deliver the westward security, economic, and political integration that the Georgian
people wanted. Almost 20 years on, it is easy now to forget the remarkable progress in the
following years. There was still plenty of work to be done when Russia invaded Georgia in 2008.

In 2012, voters decided it was time for a different ruling party to have a chance to deliver on muchneeded justice reforms and onward progress toward full Western integration. Then-President
Mikheil Saakashvili played a significant role in setting a regional precedent: he oversaw a free and
fair election that handed his own party an electoral defeat and handed power to the new government
in a peaceful, democratic transfer of power.

On October 1, 2021, President Saakashvili returned to Georgia and was immediately arrested to
serve the prison sentence to which he had been convicted in absentia. The charges are known to
be politically motivated. Saakashvili was one of dozens of former officials tried and convicted by
their successors. Despite his conviction, the charges were never internationally recognized, and no
one moved to detain or extradite him as he continued to work and travel abroad, because these
charges were known to be part of an established pattern of political persecution.

The arrest of the former President Saakashvili serves only to deepen the political crisis Georgia
faces following years of extreme polarization that have resulted from attempts to control the free
press; to intimidate and surveil journalists, opposition politicians, activists, and even foreign
diplomats; and to limit the space and resources for political opposition to the government.

Every day that the Georgian government continues to pursue the politically motivated prosecution
and imprisonment of its political rivals and predecessors is another day that worsens the cycle of
extreme political polarization in Georgia, making unity of political forces for the sake of strategic
national priorities impossible. Extreme political polarization erodes the democratic institutions
that are Georgia’s best security from the existential threats it still faces. We know where this
pattern leads. There is no option of silence now.

Considering the pending application to the European Court of Human Rights by President
Saakashvili, and to ensure the recovery of Georgia’s democracy from the current political crisis,
Saakashvili’s imprisonment should be suspended until he faces trial, in fair judicial proceedings,
for any charges levied against him. With no public trust in the justice system in Georgia, some
element of international observation must be put in place to help calm tensions as this process
moves ahead. The era of politically motivated justice should finally end in Georgia. This was
clearly stated in the EU-US negotiated agreement of April 19, which was later rejected by Georgian
Dream. President Saakashvili should be released to pave the way for a renewed stabilization
agreement that aims to end the crisis in Georgia and restore the course that the Georgian people
want to see for their nation.