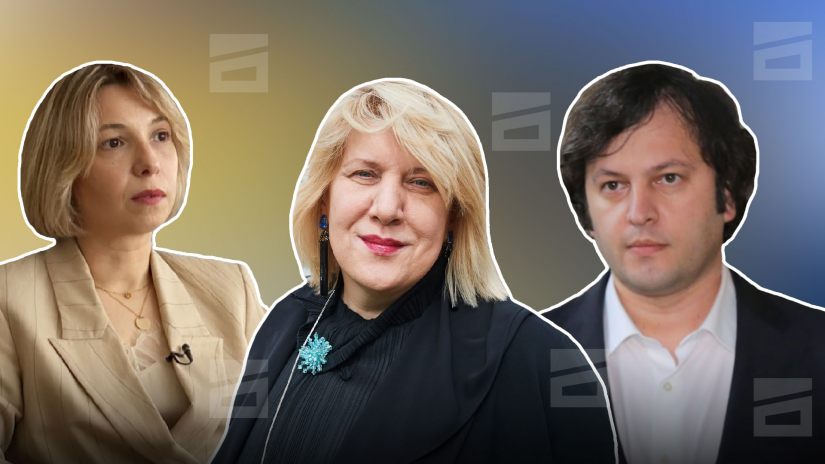 Georgian politicians must fully respect the independent mandate of the Public Defender, Council of Europe Human Rights Commissioner Dunja Mijatović made this statement after her meeting with Georgian Dream leader Irakli Kobakhidze.

Dunja Mijatović says that public attacks of MPs against the Ombudsman are unacceptable and calls on the authorities to ensure the safe operation of the Ombudsman's office and the experts associated with it.

Public attacks by members of the Georgian Parliament against the Public Defender of Georgia, in connection with her and her Office’s work related to the imprisonment of the former President of Georgia, Mikheil Saakashvili, and his hunger strike, are unacceptable. I commend the Public Defender and her Office for their efforts to uphold the highest possible standards of protection of the human rights of all individuals over whom the Georgian authorities exercise jurisdiction.

This issue was high on my agenda during the meeting I had yesterday in Strasbourg with the Chairman of the Georgian Dream Party, Irakli Kobakhidze, and the Chair of the Committee on European Integration in the Georgian Parliament, Ms Maka Botchorishvili.

Under the Venice Principles, member states are obliged to effectively protect their Ombudsman institutions from any threats or action aiming at or resulting in any hurdles to their effective functioning. I call on the Georgian authorities to ensure that the Public Defender, her office and associated experts can operate in a climate that is conducive to them carrying out their mandate independently, effectively and safely, in line with the Recommendation's of the Committee of Ministers of the Council of Europe on the development and strengthening of effective, pluralist and independent national human rights institutions.

It is crucially important first and foremost for all citizens of Georgia but also for Georgia’s international partners, including the Council of Europe, to be able to count on the expertise of an Ombudsman institution which is able to discharge its works independently and effectively, in full compliance with international standards, including the Paris Principles and the Venice Principles.

I look forward to discussing this and other human rights issues during my forthcoming visit to Georgia in February next year.