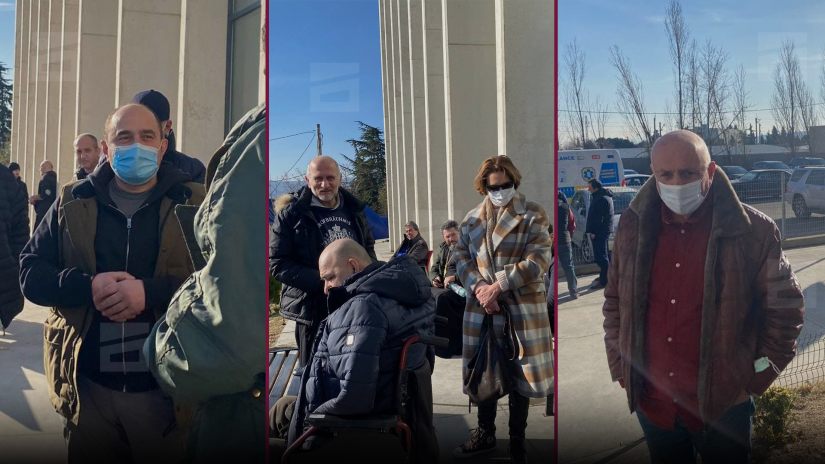 Anzor Melia arrived at the United National Movement office, where about 200 people are on hunger strike today. He said he wanted to encourage the protesters, who were separated from their families on 31 December and were meeting the new year under such conditions.

He also checked on the health of the protesters.

George Rurua, one of the shareholders of Mtavari Channel, also visited the protesters.

MPs David Bakradze and Salome Samadashvili came to the party office in the morning.