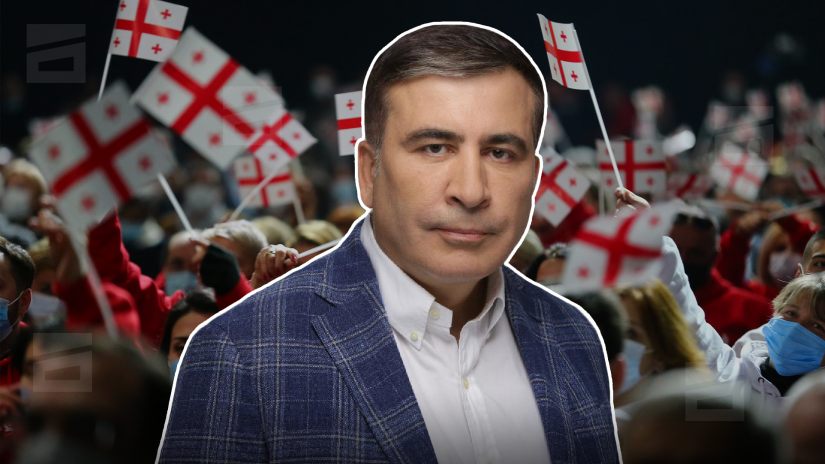 Georgia's third president responds to the prime minister's statements today about the elections.

According to Mikheil Saakashvili's statement, the more often Irakli Garibashvili repeats that there "will be no early elections" in the country, the sooner these elections will take place.

The third president also writes that the only way out of the crisis is to unite the people:

"Ivanishvili's current cynicism towards the Prime Minister indicates only one thing - they have completely lost their sense of reality and we should expect only bad things from them. The Georgian people have already responded to the regime in the last three elections, and since elections as an institution have been abolished, this time the people will respond with a very strong, civil protest in the streets - October 14 was just the first example.

The kidnapping and looting will stop and Georgia will return to booming development. Georgians will be able to get decent, well-paid jobs in their country. Injustice will stop and no one will ever be put above the people again. Out of this difficult crisis, which is raging in the country, the only right solution is to unite the society and call for early elections as soon as possible.

I agree with the UNM going out to the regions as well as declaring a day of general national mobilisation, the main purpose of which will be to assemble without dispersing until early elections can be called and I can get out of my illegal captivity.

With my participation in the election campaign and the mobilisation of the people (which we are planning), Georgian society will win the snap elections by a wide margin. After today, we must let the entire country know that we have a concrete plan and we will definitely finish the job we started" - Mikhail Saakashvili wrote.

For reference, Irakli Garibashvili once again announced at today's government meeting that there will be no elections in the country in the next three years.