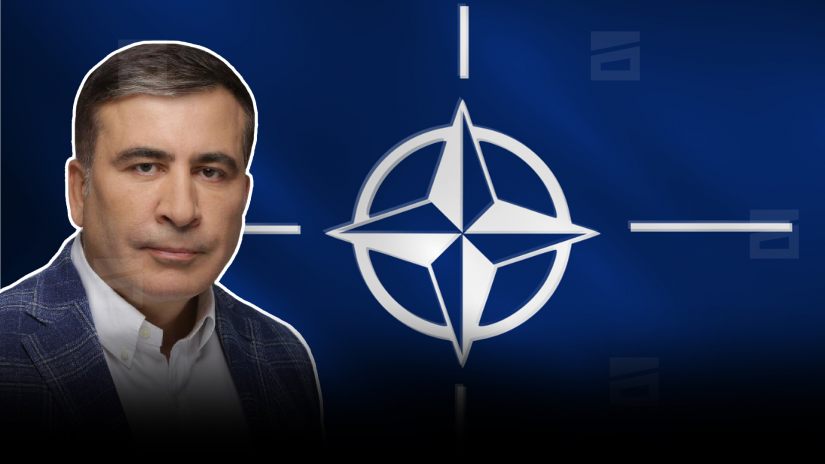 Russia is trying to undo the Bucharest Summit's formulation that "Georgia and Ukraine will become members of NATO," Georgia's third president Mikhail Saakashvili wrote in a statement posted on his Facebook page.

The Bucharest formulation that "Georgia and Ukraine will become members of NATO" was a hard-fought statement by us, where the Poles and the Lithuanians, with the help of the Americans, wrestled it from the Germans and the French. Now Russia is trying to undo this formulation. In 2009 I was sitting 3m away from Putin when all the authors of this decision were being threatened by him.

Guess what, the most "smart" ones, that's what I'm being put in jail for.