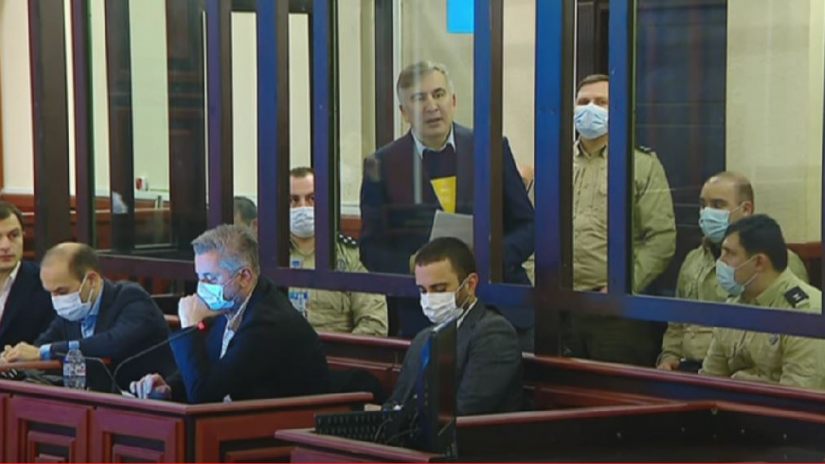 Georgia's third president Mikheil Saakashvili said in an ongoing trial at Tbilisi City Court that he was branded by the Georgian Dream government as a "source of increased threat".

Mikheil Saakashvili said he is indeed a "source of increased threat" to Bidzina Ivanishvili's regime and high-ranking officials, whose salaries have risen to unprecedented levels.

I am a source of increased danger for people who are now increasing salaries to officials. For example, the salary of the Chairman of Tbilisi City Council is 7 thousand GEL. There was one well-known Chairman of Tbilisi City Council, who later participated in the Rose Revolution, as I remember his salary was 500 GEL. Saakashvili was, his last name, if I'm not mistaken. I am a source of high danger for these people, for their salaries!" said Mikhail Saakashvili.