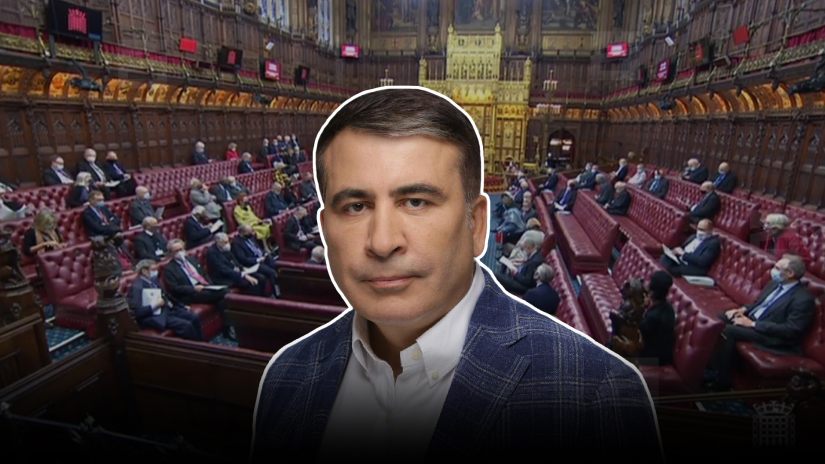 The imprisonment of Mikheil Saakashvili was discussed at length today in the United Kingdom's House of Lords. Discussing the issue, Lord Ahmad said that representatives of the House of Lords were continuing to monitor the situation in the case.

We are now closely following the developments relating to former President Saakashvili. Former European Affairs Minister Wendy Morton raised the issue of Saakashvili's detention with the Georgian Ambassador on December 15, highlighting concerns about his health and medical treatment.

Our ambassador and other officials raised the issue of Mr Saakashvili with the Georgian deputy foreign minister and parliament speaker in Tbilisi. "We will continue to monitor the situation in this case," said Lord Ahmad of Wimbledon.

Georgia experienced an economic boom during his presidency. He took significant steps to stamp out corruption, and when he lost the 2013 election, he peacefully handed power over to his political opponents, the first such case in Georgian history. He has since been stripped of his citizenship and imprisoned on trumped-up charges, which Amnesty International called blatant political retribution. Yesterday he sent a letter from his cell saying he had been prevented from communicating with his lawyers and had been systematically attacked by prison authorities. I think it would be good if we protested to the Georgian government and asked the British ambassador to visit Mr Saakashvili in prison," said Harris, Lord Pentagram.

"It is not of this chamber, or any of its members, to discuss the crime or innocence of former President Saakashvili.  Do we pose the question that if we want to further deepen relations between the UK and Georgia, then strict compliance by the Georgian government with the European Convention on Human Rights will play a major role in this?"