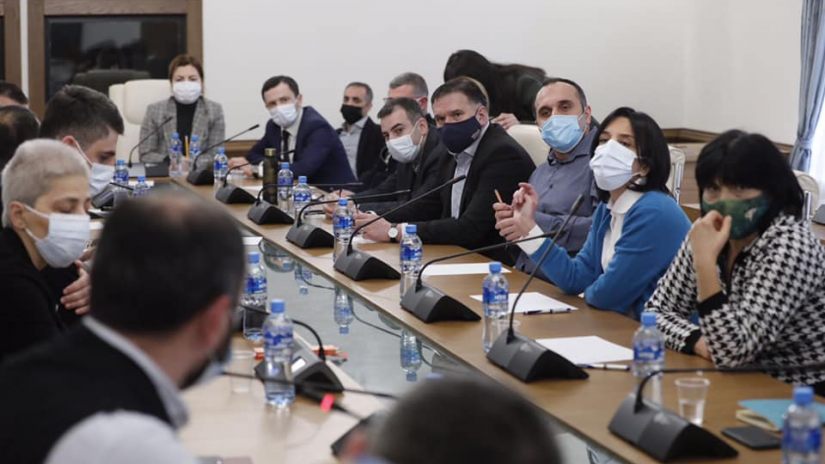 The verdict in  Khazaradze/Japaridze/ Tsereteli's criminal case was the main topic of a meeting organized by the Lelo party, which was attended by representatives of NGOs and lawyers.

The third sector agrees that if the expiry of the statute of limitations automatically means expiry of the criminal case, the decision of Judge Giorgi Arevadze is unconstitutional and a dangerous precedent for defending human rights.

Lelo leaders claim the case is politically motivated and are preparing to appeal the decision in the second instance.

Tbilisi City Court pronounced its verdict in the money laundering case on January 12. The court reclassified Mamuka Khazaradze, Badri Japaridze and Vato Tsereteli's money laundering case under the article of largescale fraud committed by a group of persons and delivered the verdict. All three were sentenced to 7 years' imprisonment, but were released due to the statute of limitations.