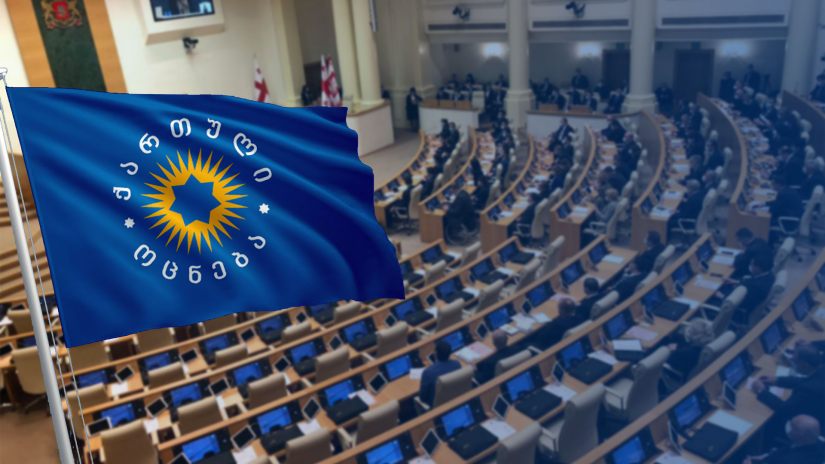 The opposition and Georgian Dream failed to agree on a resolution in support of Ukraine. The government's opponents claim that the phrase "Russian military aggression" has been removed from the version proposed by the ruling majority and that there is no assessment of the violent actions of the occupying country at all.

The draft resolution is entitled "On a possible military escalation in Ukraine". Its content is as follows:

"The Parliament of Georgia - on the basis of the Constitution of Georgia, legislation and international treaties;

On the basis of the Constitution of Georgia, legislation and international treaties; Welcomes the recognition and establishment of the principles of peace and cooperation in international relations;

Expresses deep concern over a possible military escalation in Ukraine and condemns any intentions that may be directed against the sovereignty and territorial integrity of a sovereign State, which constitutes a new threat not only to Ukraine but also to regional peace and security;

Declares that membership of the North Atlantic Alliance is a sovereign right of the state and that any attempts to limit this right by politico-military means are categorically unacceptable;

Believes that preventing war in Ukraine should be the main concern of the international community;

Expresses solidarity with the friendly Ukrainian people, who could be seriously affected by any possible military escalation.

In view of all the above, the Parliament of Georgia calls on the Government of Georgia, using diplomatic instruments and in close cooperation with strategic partners, to continue to contribute to the prevention of war in Ukraine.

The document will be submitted to parliament on behalf of the Georgian Dream and is not signed by any parliamentary group other than the ruling one.