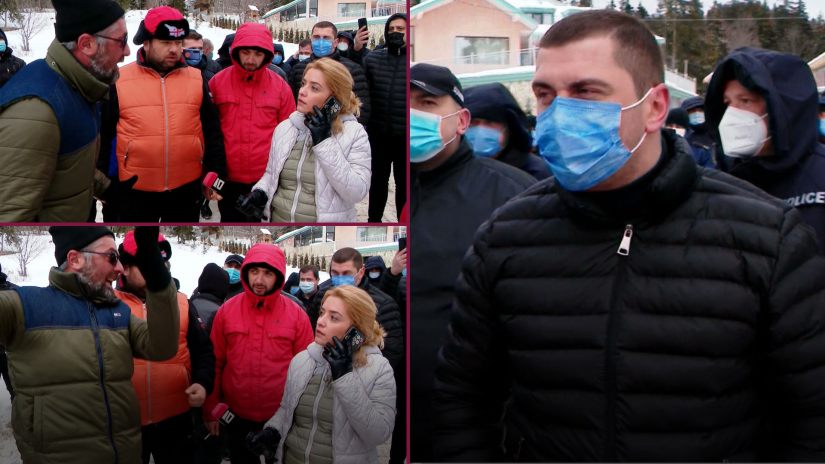 Turmoil in Bakuriani - Near the place where Garibashvili's wife Nunu Tamazashvili was given a forest, opposition and media representatives were confronted by the aggressive Dream activists. They wanted to visit the area, but when they got there the authorities confronted the opposition with police and activists, who attacked the journalists.

The police leadership was also present and, as is traditional, directed the journalists to the press center.

Even the Chairman of Borjomi City Council today could not answer the question of the UNM members, why and for what reason Garibashvili's wife received the state property? The Chairman said that "the issue will be studied in detail and then the questions will be answered.

The activists also insulted the opposition members and claimed that "they should serve life in prison"  and that "Gharibashvili built up the country and brought dignity back to the people".