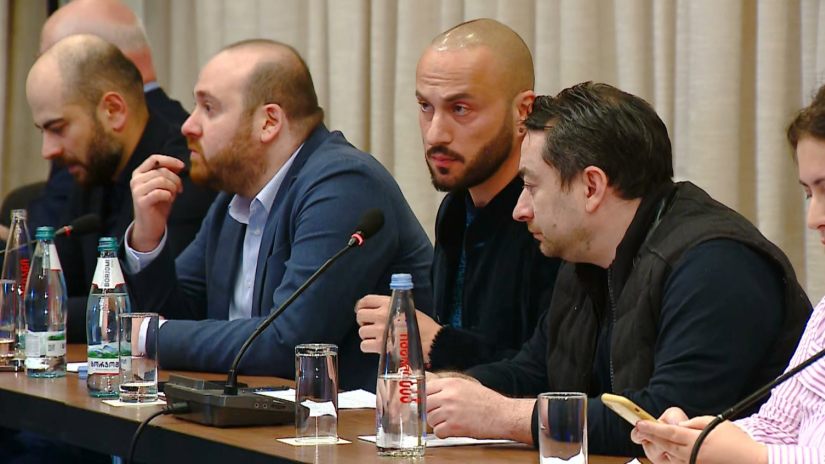 At the moment media managers are meeting at the US Embassy - representatives of the Mtavari Channel, TV Pirveli and Formula are meeting with Ambassador Kelly Degnan.

Before the meeting, Acting Director of Mtavari Channel Giorgi Gabunia said that they would have several suggestions, the answers to which will be communicated to the media later.

"First, the most important thing for us right now at this stage is Nika's freedom. Nika is our CEO, our friend, but that's not the main reason really, the main reason is that Nika is one of the examples of this injustice which has been going on for years, constantly living in this mode, where they gradually imprison-release someone, imprison-release, how long must this chain go on, as if it had become a normal event?
We want to ask the American ambassador, to take even more effective steps to break this chain of injustice, that Nika Gvaramia be the last link in this chain, he must be released," said Giorgi Gabunia.

According to him, America is losing the war with Russia in this region, and if they want Georgia and this region to be a partner of the United States, they must act.