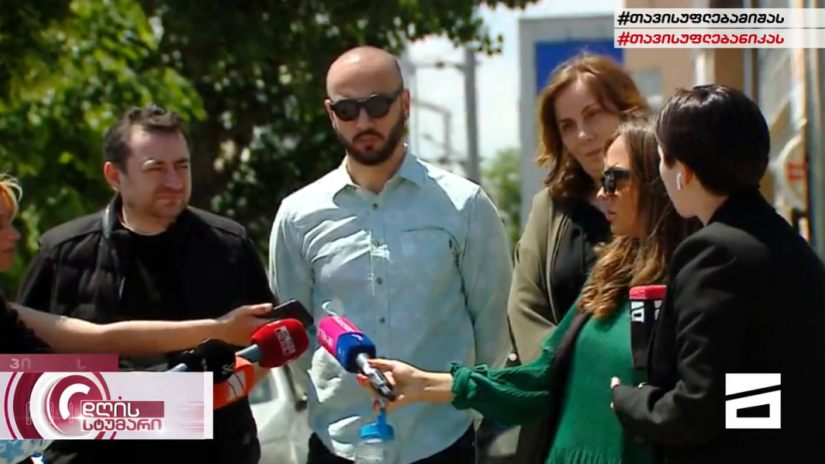 The expectations and sentiments are positive. We talked together about what we can do to get Nika released first and that will be the last time we will face such an unjust sentence," said Giorgi Gabunia after leaving the U.S. Embassy, where the leaders of 4 TV channels met with Ambassador Kelly Degnan.

The meeting was initially set to be half an hour, but lasted an hour and a half. According to Giorgi Gabunia, he could not talk about details or the diplomat's position because the audience was closed and they are not allowed to divulge details.

"The main thing I can say and repeat, the main issue that stands for us in principle is the freedom of Nika, and we asked the U.S. Ambassador and by extension the states  to use all the levers at their disposal to free Nika and with him, the media and restore freedom. We know that America can and has repeatedly put appropriate pressure to get the "Georgian" dream back on track, if only temporarily.

I cannot tell you anything about the ambassador's answers, I am not authorized to do so. It was a closed meeting, so I cannot talk about details," said Giorgi Gabunia, Acting Director of the Mtavari Channel after the meeting.