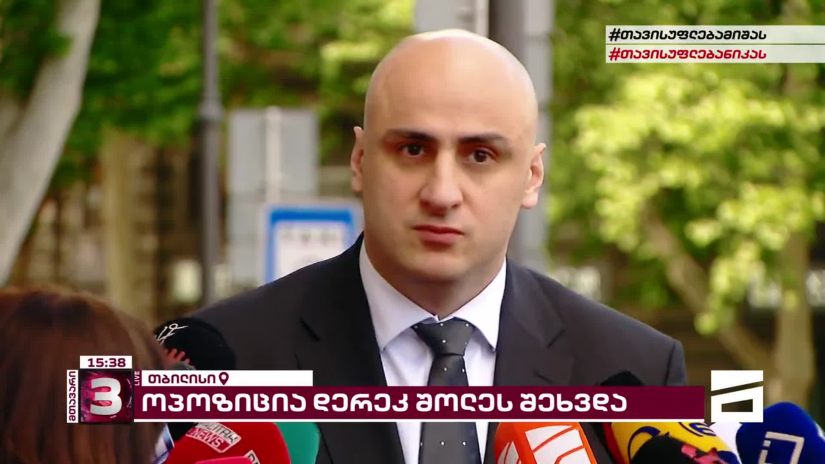 "Our partners in the U.S. are not just listening to our positions, I have no doubt they will take concrete steps to fulfill the historic will of the Georgian people," UNM leader Nika Melia said after meeting with the adviser of the U.S. Secretary of State.

Opposition representatives met with Derek Chollet at the Courtyard Marriott Hotel. According to the politicians, the main issues discussed with the U.S. official were the political situation in the country, politicized justice, political prisoners, the Western course, the oligarchy and security challenges.

According to Nika Melia, sanctioning Ivanishvili is already being discussed in all formats, and for good reason, and his sanction, according to Melia, is "a matter of time."

As for the arrest of Nika Gvaramia and Mikheil Saakashvili, Nika Melia said they are optimistic about both issues.

Nika Gvaramia and Mikheil Saakashvili were also talked about in full. The political imprisonment, which is no longer perceived as a sensation in our country, worries our partners even more. This situation is aggravated by the situation in which Mikheil Saakashvili is in, he is fighting for his life and he is fighting death and here the role of our partner state representatives is also very important and here I am more optimistic than ever that this situation will change very soon in favor of Mikheil Saakashvili, he will be transferred to a relevant European country, to a relevant medical institution.

As a reminder, opposition leaders gave Derek Chollet a joint letter from 4 critical media outlets detailing the difficult media environment in the country and the pressure on journalists by the Dream government.