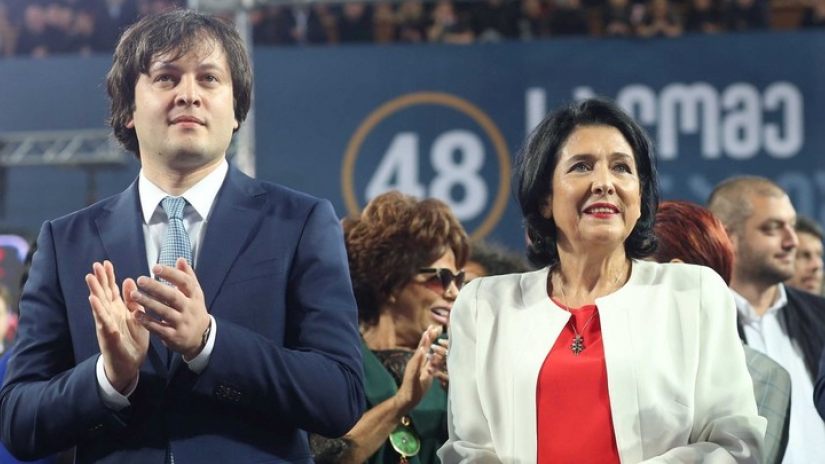 According to Irakli Kobakhidze, chairman of the Georgian Dream, the president is upset that yesterday's rally of the "radical opposition" "failed. That was his response to a question about Salome Zurabishvili's statement yesterday in which she criticized both the ruling team and the opposition.

"With this she seemed to express her displeasure at the fact that yesterday's rally failed the radical opposition. I can make no other serious comments on her statement, if you ask her what she meant by criticizing our plan, she could tell you nothing, she can not answer, you can ask why she did not like the 12-point plan, she can't tell you anything, the only thing she expressed was dismay, because the radical oppositions rally failed. She was upset with their failure," Kobakhidze said.